Director – Kimberly Beasley
Kimberly Beasley is a member of the AAUW Jacksonville branch and directs the Jacksonville Chapter of the Younger Women’s Task Force, an organization dedicated to advancing equity for women and girls through advocacy, education, philanthropy, and research.  Active in community outreach since working for After School Matters in Chicago, IL, she is still performing as community service and teaches a course in Service Learning at Jacksonville University where she is an Associate Professor of Voice and the College/University Representative for their partnership with AAUW.  She holds a Bachelor’s in Music Theatre from the University of Colorado, a Master of Music from Valparaiso University and a Certificate of Vocal Performance from Northwestern University where she studied with Sunny Joy Langton and coached with Sherrill Milnes.  She has directed productions of Gianni Schicchi, A…My Name is Alice, Children of Eden, A Grand Night for Singing, Opera goes Pop!, Little Women, the Musical, which won awards for Best Actor and Best Scenic Design from Broadway World as well as the Jacksonville premiere of Street Scene which was awarded the University Performance grant for 2013 by the Kurt Weill Foundation. As a singer, Kimberly has performed all over the United States with numerous orchestras and conductors in operas, musicals, and concerts.  Reviewed by cvnc.org as “intoxicating…searing and dramatic,” her CD Fashion Sense: Songs in Recital produced by Dolphinium Records was released in 2015 and benefits the American Diabetes Association.  In the Jacksonville community, she was recently the music director of Les Misérables and Light in the Piazza at TheatreJax.

Director of Operations – Laura Heffernan
Laura Heffernan is Associate Professor of English at the University of North Florida.  She completed her Ph.D. in English at the University of Pennsylvania in 2007.  Her research focuses on late 19th and 20th century literature, institutions of culture, and the history of universities. Dr. Heffernan has held research fellowships at the Harry Ransom Humanities Center (Austin, TX), the Pembroke Center for Teaching and Research on Women (Providence, RI), and the American Council of Learned Societies.  Her work has appeared in journal including Modernism/modernity, Tulsa Studies in Women’s Literature, New Literary History, Victorian Studies, and Representations. Dr. Heffernan is co-editor, with Prof. Jane Malcolm, of Florida poet Laura Riding’s Contemporaries and Snobs (University of Alabama, 2014). At UNF, Dr. Heffernan teaches courses on the modern novel, British literature since 1800, the history of work, World War I poetry, and critical methods.  She is a member of UNF’s new Digital Humanities initiative, which partners with local museums and archives to make public culture.  Dr. Heffernan is enthusiastic about engaging undergraduate students in research, and is currently collaborating with two of her students on an article about women’s writing during World War I.

Director of Finance – Jennifer Lieberman
Jennifer Lieberman completed her Ph.D. in English at the University of Illinois, Urbana-Champaign in May 2011, and she holds a Bachelor of Science in Mathematics and a Bachelor of Arts in English from the University of Florida. An interdisciplinary teacher-scholar, she has held fellowships at the Bakken Library and Museum, the Smithsonian Institution, the Illinois Program for Research in the Humanities, and the National Science Foundation. The research she conducted in these intellectual communities suffuses her teaching and her other scholarly endeavors. Her book, Power Lines: Electricity in American Life and Letters, 1882-1952, is forthcoming from MIT Press in July 2017. Her recent work can be found in History and Technology (2016), MELUS: Multi-Ethnic Literature in the US (2015), and in the collection of original work, Demands of the Dead: Executions, Storytelling, and Activism (University of Iowa, 2012). She also has pieces forthcoming in Configurations and in The Eaton Journal of Archival Science Fiction (2017).  Since 2004, she has taught courses to conventional and incarcerated college students on topics including composition, gender and women’s studies, the history of medicine, STS, and American literature and culture including work by multiethnic writers. During the 2016-2017 school year, she is teaching the introductory survey to American literature; grant writing; women writer’s; medicine and society; and a graduate seminar on “Magic and Realism” that examines transnational realisms. Her current course for incarcerated students is multi-ethnic 20th- and 21st-century writers. 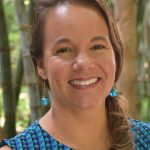 Director of Membership and Outreach – Anne Pfister
Anne E. Pfister is an applied, medical anthropologist and Assistant Professor of Anthropology at the University of North Florida. Pfister’s research explores the experience of deafness from the perspectives of deaf youth and their families in Mexico City, Mexico. Her research extends her involvement in the Mexican deaf community with whom she has been associated for over ten years. Her project actively engages deaf youth participants and teachers as co-researchers in community-based research. She also enjoys motherhood and spending time with her family, being outdoors, art of all kinds, and learning new things.​ 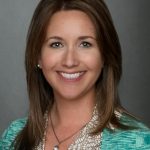 Director of Policy – Charlotte Cudd
Charlotte Cudd completed her Bachelor of Arts from Flagler College. She studied Communications with an emphasis in Public Relations and a minor in Art History. She works in the private sector restoring historic buildings and educating the public with the hope of breaking the stigma that only the super-wealthy and the highly skilled can save an old building. Charlotte has been a life-long volunteer working with children, animals, the elderly, social justice, voting rights, and ushering at The Florida Theatre. She loves learning either through personal experience, conversation or the written word. 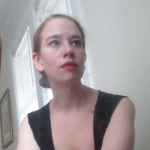 Director of Programs and Events – Ruth Anderson
Ruth Anderson  has been a resident of Jacksonville, FL for over 20 years. She has been a participant in many local programs, from working as a docent with the Cummer Museum of Art & Gardens, canvassing with Equality Florida, and working with local students to help them fun their college education, to taking on the role of Vice President with the charity Suit Up 4 Kids. Ruth is dedicated to the continued growth of the arts and education in Jacksonville, and to raising awareness and accessibility so that all of our city’s residents can participate and benefit overall.